More than 24,000 physicians across 25 specialties were surveyed for Medscape’s Physician Compensation Report: 2014 and reported their annual salary, bonus earnings, and profit-sharing contributions.

Doctor salaries can vary depending on a wide range of factors, including area of specialty. The highest salaries in Medscape’s annual survey were reported by orthopedists, who earned $413,000 a year on average, followed by cardiologists, who made around $351,000 annually, and urologists and gastroenterologists, with yearly salaries averaging $348,000. 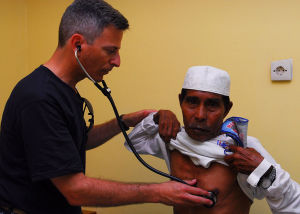 Neurologists earned around $219,000 a year, rheumatologists made $214,000 a year on average, and psychiatrists and mental health specialists reported an average pay of $197,000 a year.

Internists made $188,000 annually on average, diabetes specialists and endocrinologists earned around $184,000, and pediatricians reported an average annual income of $181,000.

The lowest annual salaries were reported by family medicine doctors, who earned $176,000 a year on average, and HIV/ID specialists, who made around $174,000 a year. The reported salaries were for full-time work only.

Based on the data provided by the survey, self-employed physicians make $281,000 a year on average, while employed ones earn an average annual income of $228,000.

The gap is significantly smaller in primary care, where self-employed physicians earn an average annual pay of $188,000, while others make $180,000 a year.

Doctor salaries can vary considerably depending on practice setting. The top salaries are in office-based single-specialty group practices, where physicians earn an average annual salary of $273,000, followed by healthcare organisations, where they make $267,000 a year on average.

Doctors working at hospitals earn an average income of $262,000 a year and those employed at office-based multispecialty group practices make $260,000 a year on average.

The lowest reported salaries are in office-based solo practices, where physicians earn around $222,000 annually, and in the academic (non-hospital), research, military and government sector, where they make $198,000 a year on average.

In terms of satisfaction, 50 percent of all physicians reported that they feel fairly compensated. The percentage varies from one specialty to the next, with dermatologists at the top of the list. 64 percent of dermatology doctors reported being satisfied with their income, followed by emergency medicine doctors (61%), pathologists (59%), psychiatrists and mental health specialists (59%), anesthesiologists (54%), and pediatricians (54%). 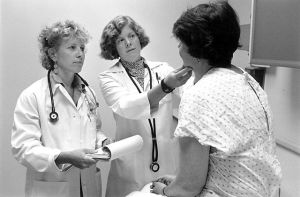 Physicians most likely to choose the same specialty again are dermatologists (77%), orthopedists (64%), ophthalmologists (61%), cardiologists (61%), and gastroenterologists (59%), while those least likely to do so are internal medicine doctors (27%), family medicine physicians (32%), pulmonologists (40%), ob/gyns and women’s health specialists (43%), and nephrologists (43%).

In terms of overall career satisfaction, dermatologists are at the top of the list, with 65 percent reporting they are satisfied with their career. They are followed by psychiatrists and mental health specialists (58%), pediatricians (56%), HIV/ID doctors (56%), oncologists (56%), and emergency medicine doctors (56%).

Physicians’ annual earnings can vary significantly from one region to the next. Doctors working in the Great Lakes region have the highest salaries, earning $258,000 a year on average.

They are closely followed by their colleagues in the North Central region, who earn an average annual salary of $257,000, and those employed in the Southeast, who earn $255,000 a year on average.

Physicians employed in the Northwest and South Central regions make $249,000 annually on average, and those working in the West report an average yearly salary of $248,000.

Professionals employed in the Southwest earn around $245,000 a year, and those working in the Mid-Atlantic region make $240,000 a year on average. The lowest salaries are reported in the Northeast, where physicians earn an average annual income of $239,000.