Immunologists employed in the United States typically earn salaries in the range from $41,821 to $167,500 a year including bonuses according to the salary information reported by Payscale.

The annual bonuses for immunology doctors with 1 to 4 years of experience and physicians working in the health care sector typically amount to $5,000 according to Payscale’s data. Immunologists employed at hospitals are paid $6,500 a year on average in bonus money.

With significant work experience in the field, immunologists can earn an annual pay of up to $487,000 a year, which is reported as the top salary for this occupation by ValueMD.com.

Immunologists generally earn an annual income in the range from $144,000 to $216,000 a year according to the salary information reported by Recruiter.com. Payscale reports the average salaries for immunologists and allergists typically ranging from $82,434 to $275,753 a year including annual bonus earnings.

Jobstat reports that the highest annual salary recorded for this occupation is $260,667 and the lowest, $76,000 a year.

Immunologists’ annual salaries depend on geographical location among other factors, and can vary significantly from state to state.

Based on the salary data provided by Indeed, immunologists employed in New York typically earn around $154,000 a year, those based in California are paid $137,000 on average, and professionals working in Texas earn an average annual salary of $123,000.

Immunologists employed in Washington earn around $125,000 a year, those based in Wyoming are paid around $108,000 annually, and professionals working in Mississippi earn a median yearly pay of $138,000.

Immunologists working in Montana and Oregon generally earn around $120,000 a year, those based in Nebraska are paid $95,000 a year on average, and professionals employed in Colorado and New Mexico earn an average annual salary of $113,000.

Immunology specialists employed in Arizona earn around $180,000 a year, those based in Alaska are paid $99,000 annually on average, and professionals working in Alabama make $127,000 a year on average based on Indeed’s salary figures. Immunologists working in Connecticut are paid around $143,000 annually, those based in Delaware earn a median annual pay of $115,000, and professionals employed in Florida are paid around $120,000 a year. 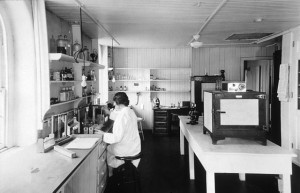 Immunologists working in Tennessee earn an average annual pay of $118,000, those based in Utah are paid around $100,000 a year, and professionals employed in Vermont earn $114,000 a year on average based on the data reported by Indeed.

Immunology specialists based in New York and San Francisco earn around $164,000 a year, those working in Philadelphia are paid around $126,000 a year, and professionals employed in Washington, DC earn $151,000 a year on average according to the data reported by Indeed.

The average hourly wage for immunologists employed in the U.S. is $80.53 per hour according to Jobstat’s salary data. The highest hourly pay recorded for this occupation is $129.62 and the lowest, $37.79 per hour.

Along with the basic annual salary and bonus earnings, immunologists typically get a wide range of benefits and perks. The most popular ones among immunology doctors are paid sick leave, casual dress and atmosphere at work, and life and disability insurance.

In terms of time off, immunology specialists working for organizations that employ between 10 and 49 people typically get about two weeks off per year.

The annual bonuses for immunology specialists can vary depending on these professionals’ benefits packages and perks among other factors. For example, immunologists who have paid sick leave are typically paid around $3,000 a year in bonus money, those who have life and disability insurance as part of their benefits package get $6,500 a year on average, and physicians who are allowed to dress casually at work generally get about $5,000 a year in bonuses according to Payscale’s salary data.