Urgent care physicians working in the United States typically report earning salaries in the range from $147,121 to $207,106 a year including bonuses according to the salary information provided by Payscale.

The salary range for urgent care physicians can vary depending on a number of factors, including years of work experience in the field of urgent care.

Urgent care physicians working in the health care sector are generally paid between $148,738 and $195,190 a year according to Payscale’s salary data. Physicians employed at hospitals typically earn an annual pay in the range from $147,395 to $195,881.

Urgent care physicians’ salaries depend on geographical location among other factors, and can vary considerably from state to state. Physicians employed in Texas earn $169,000 a year on average, those employed in California are paid around $188,000 annually, and professionals based in New York earn an average annual salary of $211,000 according to the salary data provided by Indeed. 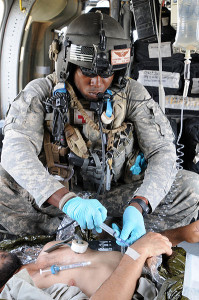 Urgent care physicians’ salaries also vary from city to city. Doctors working in Boston earn $208,000 a year on average, those based in New York are paid around $226,000 annually, and physicians employed in Los Angeles earn around $178,000 a year.

Urgent care physicians working in the U.S. typically earn between $69.81 and $100.24 per hour according to the salary data reported by Payscale. Overtime hourly rates usually range from $72.41 to $107.50.

Urgent care physicians employed at institutions with up to 50 hospital beds typically report earning an hourly pay in the range from $67.45 to $101.37.

In terms of hospital setting, physicians employed at physicians’ offices and private practices earn between $69.41 and $80 per hour, and those working in ambulatory care and surgery centers are usually paid an hourly wage in the range from $76.95 to $99.75 according to Payscale’s salary figures.

In terms of industry, urgent care specialists working in the health care sector typically make between $77.11 and $95 per hour, and professionals employed at urgent care clinics are generally paid between $76.27 and $88.56 per hour.

In terms of employer type, urgent care physicians working at hospitals generally earn an hourly pay in the range from $79.90 to $91, those employed by private practices and firms are paid between $74.22 and $82.99 per hour, and professionals working for companies report earning an hourly salary in the range from $72.41 to $95 according to Payscale.

Urgent care doctors typically get a wide range of benefits and perks along with their basic annual salary and bonus earnings, and their benefits packages can sometimes reflect their yearly income. For example, urgent care doctors who have 401(k) plans generally report earning salaries in the range from $137,344 to $186,826 a year, those who have malpractice and liability insurance are typically paid between $151,262 and $197,304 a year, and professionals who have life and disability insurance as part of their benefits package generally earn an annual income in the range from $152,500 to $198,995 according to Payscale’s salary figures.

The most popular benefits and perks among urgent care doctors are 401(k) plans, malpractice and liability insurance, reimbursement for education, training, tuition, and certification, life and disability insurance, paid vacations, 403(b) plans, and paid sick leave.

Along with their basic annual salary, urgent care physicians also get yearly bonus payments, and these depend on a variety of factors, including industry. Doctors employed in the health care industry get $4,000 a year on average, those working at medical offices are paid around $10,000 a year in bonuses, and professionals working at urgent care clinics report not receiving any bonus payments based on Payscale’s data.