Nephrologists working in the United States generally earn salaries in the range from $133,955 to $307,322 a year including bonuses, which can amount to up to $55,000 a year according to the salary information provided by Payscale. The basic annual salaries for nephrology doctors are typically in the range from $117,763 to $251,792.

Nephrologists with a certification in nephrology from the American Board of Internal Medicine (ABIM) generally earn an income in the range between $122,339 and $257,605 a year.

Nephrologist salaries also depend on geographical location and can vary significantly from region to region. The best paid nephrologists are those employed in the Southwest, where the average salary for the profession is $289,000 a year, followed by physicians working in the West, where the median annual pay is $263,000, and nephrology doctors based in the South Central region, who earn around $240,000 a year.

Physicians based in the Northwest make $234,000 a year on average, those employed in the North Central region are paid around $231,000 annually, and nephrologists working in the Southeast earn $235,000 a year on average. Professionals based in the Mid-Atlantic region are paid around $222,000 annually, and those working in the North East earn an average annual pay of $208,000. The lowest salaries for this occupation are in the Great Lakes region, where the median yearly salary for nephrologists is $180,000 a year according to Medscape’s compensation survey.

Nephrology physicians’ annual income also depends on the work setting. Nephrologists working in outpatient clinics have the highest salaries — $300,000 a year on average — followed by physicians working in solo practices, who earn around $297,000 a year.

Nephrologists working in single-specialty group practices are paid $283,000 a year on average, and those employed in multispecialty group practices earn around $259,000 annually. Professionals employed by healthcare organizations receive a median yearly pay of $251,000, and those working in an academic setting are paid around $170,000 a year. Nephrologists working at hospitals earn $149,000 annually, and those employed in other settings have a median annual salary of $232,000 according to Medscape’s report.

Work situation is another factor that can significantly affect a nephrologist’s salary. Physicians who are partners in their organizations have the top salaries – around $302,000 a year – followed by owners of solo practices, who earn $267,000 annually on average. Nephrologists who are employees in their organization have an average annual salary of $177,000, and those who work as independent contractors earn $115,000 a year on average according to Medscape.

The average starting salary for nephrologists is $180,000 a year according to the salary data provided by the recruitment firm Profiles. Nephrology specialists in their first year on the job generally report an annual pay in the range from $122,084 to $176,874 according to Payscale’s salary figures. These professionals are paid $9,826 a year on average in bonuses. 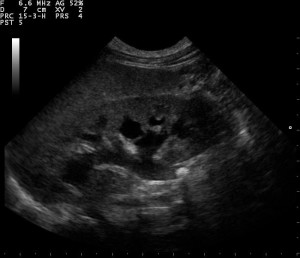 Nephrologist salaries also vary depending on the type of employer. Physicians employed by private practices and firms usually earn between $121,356 and $237,500 a year, those working at hospitals are paid between $176,874 and $203,473 annually, and nephrologists employed by universities and colleges report an annual pay in the range from $144,520 to $242,975 according to Payscale’s salary data.

Nephrologist salaries can vary significantly from state to state. For example, physicians working in Texas are generally paid between $142,482 and $205,579 a year, those based in Florida earn an annual pay in the range from $121,010 to $167,868, and nephrologists employed in New Jersey typically earn between $117,196 and $228,907 a year according to Payscale’s salary data.

Nephrologists earn $91.03 per hour on average according to the salary data provided by Jobstat. The highest hourly pay recorded is $143.66 and the lowest is $51.

Along with the basic salary and yearly bonuses, nephrology doctors also get a variety of benefits, and these can sometimes reflect their annual earnings. Physicians who have malpractice and liability insurance generally report salaries in the range from $120,413 to $278,122 a year, those who have 401(k) plans are usually paid between $57,611 and $281,878 annually, and professionals who get cell phones typically make between $123,347 and $245,659 a year. Nephrologists who get paid vacations and holidays are generally paid between $122,323 and $275,138 a year, and those who get paid sick leave report an annual income in the range from $123,699 to $249,254 according to the salary figures provided by Payscale.

Hospital setting is one of the more significant factors in determining a nephrologist’s salary. Professionals employed at physicians’ offices and private practices are generally paid between $119,195 and $257,605 annually, and those working at general hospitals report an annual pay in the range from $96,958 to $257,605 according to Payscale’s salary figures.

Nephrologists’ yearly pay can also vary from industry to industry. Physicians employed in the health care sector typically earn between $135,000 and $300,000 a year, those working at hospitals are generally paid between $76,302 and $194,421 annually, and nephrologists working at physicians’ offices report earning salaries in the range from $117,916 to $201,116 a year according to Payscale.

Nephrologists’ salaries also vary depending on the size of the organization that employs them. Nephrologists employed by organizations with 1 to 9 employees typically have salaries in the range from $145,000 to $225,000 a year, and physicians working for organizations that employ 1 to 9 professionals report earning between $118,644 and $265,000 annually.