Orthodontists typically earn annual salaries in the range from $79,835 to $287,829 including bonuses according to Payscale. The yearly bonuses for this occupation can amount to up to $20,608 a year.

Orthodontists employed at orthodontists’ offices report annual salaries in the range from $88,769 to $255,321, and the general salary range for professionals working in the health care industry goes from $153,200 to $202,261 a year. The most popular professional certification among orthodontists is that of a Board Certified Diplomate from the National Board of Orthodontics.

The data provided by the Bureau of Labor Statistics (BLS) reveals that the average annual salary for orthodontists employed in the United States is $186,320.

Orthodontists working in outpatient care centers have a median annual salary of $168,900, and those employed at general medical and surgical hospitals are paid around $110,020 a year according to the BLS. 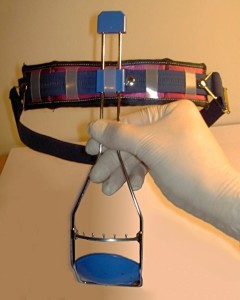 The starting salary for orthodontists who are new to the job and have less than a year of experience is generally in the range from $55,000 to $104,762 a year according to salary data provided by Payscale.

The average starting salary for newly graduated orthodontists is $72,000 a year according to the data provided by DentalCareers.com.

The median annual orthodontist salary usually climbs by around $30,000 after five years of experience.

Orthodontists’ benefits packages can sometimes reflect their annual earnings. Professionals who get 401(k) plans typically earn between $81,094 and $394,530 a year, those who get malpractice or liability insurance are paid between $86,162 and $394,530 annually, and orthodontists who get paid holidays and vacations generally report salaries in the range from $97,959 to $225,263 a year.

Professionals who have life and disability insurance as part of their benefits packages report annual salaries in the range from $135,000 to $195,263, and those who get paid sick leave typically earn between $106,125 and $154,462 a year according to the salary information provided by Payscale.

The Bureau of Labor Statistics (BLS) reveals that the states with the highest employment level for orthodontists are Illinois, where the average annual salary for the profession is $106,150, followed by California, where orthodontists earn around $165,960 a year, and Texas, where they are paid an average salary of $239,510 a year. Orthodontists working in Indiana earn $123,020 a year on average, and those based in Florida are paid around $162,850 a year. Professionals based in Massachusetts earn an average yearly income of $200,200, and those employed in New Jersey earn $222,420 a year on average.

Orthodontists with 1 to 4 years of experience typically earn between $87.25 and $160 per hour according to Payscale. Professionals employed at orthodontists’ offices make between $30 and $125 per hour.

The Bureau of Labor Statistics (BLS) reports an average hourly rate of $89.58 for this profession. The top paying industries and work settings for orthodontists are physicians’ offices, where these professionals earn $96.16 per hour on average, followed by dentists’ offices, where the median hourly rate is $89.91, and offices of other health practitioners, where orthodontists are paid around $88.39 per hour. Orthodontists employed at outpatient care centers earn around $81.20 per hour, and those working at general medical and surgical hospitals earn an average hourly wage of $52.90 according to the BLS.

The average hourly rate for orthodontists varies significantly from state to state. Professionals employed in Illinois earn around $51.03 per hour, those based in California earn $79.79 per hour on average, and the median hourly wage for orthodontists working in Texas is $115.15. Professionals based in Indiana earn around $59.14 per hour, and those working in Florida are paid $78.29 per hour on average according to the salary data provided by the BLS.

Orthodontists working in New Jersey earn around $106.94 per hour, and those based in Massachusetts make $96.25 per hour on average.

The top paying states for this profession are Wisconsin, Minnesota, Kansas, Colorado, and Arizona.

Orthodontist salaries can vary significantly depending on employer type. For instance, orthodontists employed by private practices and firms generally have salaries in the range from $90,913 to $246,817 a year, those employed by companies make between $73,404 and $245,109 annually, and professionals who are self-employed generally report yearly salaries in the range from $60,402 to $304,102 according to salary data provided by Payscale.