The basic salary for obstetricians is generally in the range from $86,328 to $269,333 a year. Professionals with a certification from the American Board of Obstetrics Gynecology (ABOG) typically report an annual pay in the range between $133,955 and $286,506.

The salary range for obstetricians employed in the United States varies depending on a number of factors, including professional experience.

Men generally earn more than women: male obstetricians typically report an annual income in the range from $155,000 to $309,274, while female obstetrics physicians usually earn salaries in the range between $85,570 and $259,340 a year.

Obstetricians’ salaries also vary depending on area of specialty. For example, professionals specializing in obstetrics and gynecology (OB/GYN) typically earn salaries in the range from $145,125 to $273,330 a year, while those who specialize in birthing, labor and delivery are generally paid between $167,048 and $203,621 annually according to Payscale.

Hospital setting is another factor that can affect an obstetrician’s yearly pay. For instance, professionals employed at private practices and physicians’ offices generally earn between $112,552 and $256,139 annually, and those working at general hospitals report annual salaries in the range from $72,248 to $291,871 according to Payscale’s income statistics. 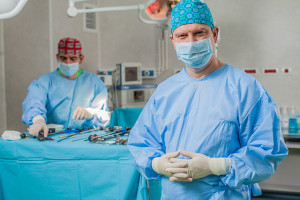 In terms of industry, obstetricians working in the health care sector generally make between $101,367 and $299,010 a year, and those employed at gynecologists and obstetricians’ offices usually have salaries in the range from $97,444 to $220,201 a year. Professionals working at hospitals earn between $51,456 and $300,000 annually, and those employed at medical offices are typically paid between $35,745 and $256,936 a year according to Payscale.

Obstetrics specialists’ salaries also vary depending on employer type. Doctors employed by hospitals typically earn between $54,612 and $297,304 a year, and those working for private practices and firms report yearly earnings in the range from $98,264 to $226,582. Obstetricians employed by non-profit organizations are generally paid between $174,195 and $215,538 annually, those working at universities and colleges typically make between $137,500 and $250,000 a year, and professionals who are self-employed usually earn between $193,968 and $240,000 a year according to the salary information provided by Payscale.

The salary data from Salary.com reveals that 10% of obstetricians earn $188,388 or less annually, while 10% of the best paid professionals earn an annual salary of $353,468 or more.

Obstetrician salaries can also vary dramatically from city to city. For example, professionals employed in New York typically report salaries in the range from $91,500 to $175,000 a year, while those based in Houston are generally paid between $170,000 and $250,000 annually according to Payscale’s income statistics.

Obstetricians typically get a wide range of benefits along with the basic salary, annual bonuses and contributions from profit sharing. These professionals’ benefits packages can sometimes reflect their yearly income.

Obstetricians with a certification from the American Board of Obstetrics Gynecology (ABOG) typically earn between $72 and $137.50 per hour according to Payscale’s salary figures. Professionals working at hospitals generally report earning an hourly wage in the range from $69.50 to $143.75.