Pathologists’ average annual salaries depend on a variety of factors, from employer type, hospital setting, and geographical location to work situation, area of specialty, and years of professional experience.

52% of the pathologists who participated in the survey reported that their salaries remained the same from the previous year.

Pathologists’ average salary varies from region to region. The top salaries are in the Northwest region, where these professionals earn $311,000 a year on average, followed by the West, where the median salary for the profession is $278,000 a year. Pathologists employed in the Southwest make $270,000 a year, those based in the North East earn around $249,000 annually, and professionals working in the Great Lakes region have a median yearly salary of $247,000.

Pathologists employed in the Southeast earn $246,000 and those in the Mid-Atlantic region are paid $241,000 annually on average. 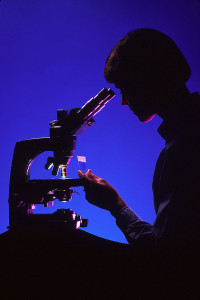 Work situation is another factor that determines a pathologist’s salary. Professionals who are partners in their organization have the best salaries, around $320,000 a year, followed by pathologists working as independent contractors, who earn $271,000 a year on average. Pathologists who are employees in their organization make $228,000 a year on average, and owners of solo practices earn a median annual salary of $208,000 according to Medscape’s 2013 report.

Professionals with 10 to 19 years under their belt earn $3,500 a year on average, and those with 20 or more years of professional experience report annual bonuses in the amount of $10,174 on average according to Payscale’s salary data.

The starting salary for pathologists with less than a year of experience is usually in the range from $150,000 to $177,423 a year including bonuses according to salary information provided by Payscale. These professionals are paid yearly bonuses in the average amount of $20,000.

Pathologists with a certification from the American Board of Pathology report annual earnings in the range from $150,000 to $300,000.

In terms of employer type, pathologists working at hospitals generally earn between $104,762 and $386,563 a year, those employed by private practices have salaries in the range from $111,856 to $446,982 a year, and professionals working for companies are usually paid between $194,421 and $262,480 annually according to Payscale’s salary statistics.

Benefits packages can reflect a pathologist’s annual salary. For instance, professionals who get 401(k) plans typically earn between $148,994 and $293,614 a year, those who have paid vacations and holidays generally have salaries in the range from $150,000 to $229,800 a year, and pathologists who get 403(b) plans report earnings in the range from $278,000 to $386,563 a year according to Payscale. These are the three most popular benefits among pathologists.

Pathology doctors’ salaries can vary depending on industry, too. Pathologists working in the healthcare sector generally earn between $100,671 and $397,317 a year according to the salary data provided by Payscale. Professionals employed at hospitals have salaries in the range from $150,000 to $254,000 a year, while those working at medical pathology laboratories are typically paid between $175,171 and $436,311 a year. The most popular work settings among pathologists are medical pathology labs, the health care sector, hospitals, professional analytical and laboratory services, and medical laboratories.