Pediatric dentists employed in the United States typically earn salaries in the range from $102,278 to $249,725 a year including bonuses based on the salary information provided by Payscale.

The basic annual salary for pediatric dentists is generally in the range from $98,633 to $249,033 and the yearly bonus earnings can amount to up to $77,566 based on Payscale’s salary data. Professionals with a Doctorate (PhD) usually report earning a yearly salary in the range from $150,000 to $184,183 according to Payscale.

Pediatric dentists’ annual wage depends on a number of factors, including work experience.

Pediatric dentists’ salaries can vary considerably from industry to industry. For instance, professionals working in the health care industry generally earn an annual pay in the range from $104,762 to $175,500 and those employed at dentists’ offices are paid between $99,554 and $274,568 a year based on Payscale’s data.

Salaries can also vary depending on the type of employer. Pediatric dentists working for private practices and firms generally make between $128,222 and $274,568 a year and those employed by companies are usually paid between $80,000 and $156,000 annually.

The average salary for pediatric dentists working in the United States is $178,040 a year according to Payscale and $221,000 a year based on the salary figures reported by Indeed.

Pediatric dentists’ annual salaries depend on geographical location among other factors and can vary significantly from state to state. For instance, pediatric dentists based in California generally report earning salaries in the range between $174,979 and $254,341 a year and those employed in Texas typically earn a yearly income in the range from $96,775 to $219,751 according to Payscale. 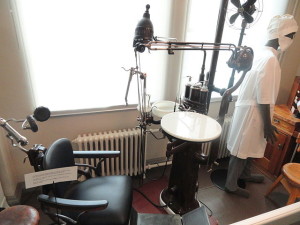 Dentists employed in Nevada make $183,000 a year on average, those working in Tennessee are paid around $206,000 a year, and professionals based in Massachusetts earn an average yearly salary of $260,000.

Dentists working in Michigan earn around $222,000 annually, those based in Maine make around $189,000 a year, and professionals employed in Illinois are paid an average annual income of $243,000. Pediatric dentists employed in New Mexico make $196,000 a year on average, those based in Washington earn around $218,000 a year, and professionals working in Florida and Montana earn an average annual salary of $208,000.

Pediatric dentists’ annual pay can also vary from city to city. Professionals based in New York earn $286,000 a year on average, those employed in Los Angeles earn around $226,000 a year, and dentisists working in Boston make $263,000 a year on average. Professionals working in Washington and Atlanta are paid around $262,000 a year, those based in Miami and Denver earn around $201,000 annually, and dentists employed in San Francisco earn a median yearly salary of $285,000.

Pediatric dentists employed in Chicago earn $249,000 a year on average, those working in Dallas are paid around $215,000 annually, and professionals based in Baltimore earn an average annual income of $221,000 based on Indeed’s salary data.

Along with their basic annual pay and yearly bonus earnings, pediatric dentists usually get a wide range of benefits and perks, and these can sometimes reflect their annual income.

The most popular benefits and perks among pediatric dentists are life and disability insurance, 401(k), plans, malpractice and liability insurance, 403(b) plans, paid vacations and holidays, reimbursement for education, training, and certification, and flexible work schedule.