Urologists employed in the United States typically earn salaries in the range between $143,668 and $467,043 a year including bonuses according to the salary information provided by Payscale.

The 10% of urologists on the lower end of the pay scale make up to $247,912 annually according to the salary data provided by Salary.com.

The salary information provided by Jobstat indicates that the top annual salary recorded for this profession is $388,302 while the lowest recorded income is $101,148.

Medscape’s 2013 salary report reveals that men in this profession earn about 14% more than women: male urologists are paid an average annual salary of $344,000, while female urology physicians earn $303,000 a year on average.

Urologist salaries depend on geographical location among other factors, and can vary dramatically from region to region. Urology doctors working in the Great Lakes region have the highest salaries — $433,000 a year on average — followed by physicians employed in the North Central region, who earn around $388,000 annually. Urologists based in the West earn $350,000 a year on average, those working in the South Central region make $343,000 annually on average, and professionals working in the Southwest receive a median annual pay of $340,000 according to Medscape’s salary figures. 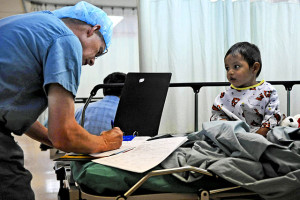 Urology specialists working in the North East make $332,000 a year on average, those based in the Southeast earn around $323,000 annually, and physicians employed in the Northwest are paid around $322,000 a year. The lowest salaries for this occupation are in the Mid-Atlantic region, where urologists earn an average annual salary of $309,000 based on Medscape’s salary data.

Urologists employed by healthcare organizations earn $362,000 a year on average, those working at hospitals are paid around $328,000 annually, and physicians working in solo practices have a median annual salary of $275,000. Urologists working in an academic setting earn $252,000 a year on average, and the median yearly salary for professionals employed in other settings is $266,000 according to Medscape’s salary survey.

Urologists’ salaries also depend on these professionals’ work situation. Urology doctors who are partners in their organization earn an average annual salary of $390,000, and those who are employees in their organization are paid around $321,000 annually. Urologists working as independent contractors earn around $278,000 a year, and those who own solo practices make $262,000 a year on average according to Medscape’s 2013 salary report.

Urologists in their first year are paid an average annual salary of $250,000 according to the salary statistics provided by the recruitment firm Profiles.

Urologists’ annual pay can vary depending on a number of factors, from location and employer type to years of professional experience. Urologists with 1 to 4 years of experience are typically paid between $60,000 and $356,078 a year, and those with 5 to 9 years of experience generally report salaries in the range from $112,751 to $405,470 a year.

Urology doctors earn $126.07 per hour on average according to the salary statistics reported by Jobstat. The highest hourly pay recorded for this occupation is $193.09 and the lowest, $50.3 per hour.

Urologists typically get a wide range of benefits and perks along with their annual salary and bonus earnings, and their benefits packages can sometimes reflect their yearly income. Urology specialists who have 401(k) plans typically earn between $200,000 and $437,143 a year, those who have malpractice and liability insurance are usually paid between $146,807 and $434,047 annually, and physicians who have paid vacations and holidays generally report an annual pay in the range from $165,000 to $485,000 according to Payscale’s salary statistics.

Urologist salaries can vary significantly depending on industry. Physicians working in the health care sector typically report salaries in the range from $108,593 to $461,866 a year, those working at urologists’ offices make between $98,500 and $375,000 annually, and urology doctors working at hospitals are generally paid between $248,605 and $292,107 a year according to Payscale’s salary data.

In terms of hospital setting, urologists working at general hospitals typically earn an income in the range from $98,869 to $397,449 a year, while those employed at physicians’ offices and private practices generally earn between $102,129 and $502,221 a year according to Payscale.

Urologist salaries also vary depending on employer type. Physicians working at hospitals earn between $99,306 and $443,847 annually, and those employed by private practices and firms are typically paid between $48,430 and $484,790 a year. Urology doctors employed by non-profit organizations generally make between $301,987 and $354,500 a year, and those who are self-employed report earning an annual income in the range from $140,000 to $450,000 according to Payscale’s salary statistics.