Orthopedists working in the United States earned an average annual salary of $413,000, which makes orthopedics the best paid specialty for U.S. based physicians in 2014. Orthopedist salaries have risen by 2 percent compared to the previous year according to Medscape’s Orthopedist Compensation Report: 2014.

Orthopedists’ salaries depend on a variety of factors, including practice setting. Orthopedists employed in office-based multispecialty group practices earn the highest salaries, $459,000 a year on average, followed by those working for healthcare organisations, who make around $449,000 a year. Orthopedists working in office-based single-specialty group practices earn an average annual pay of $442,000, those employed at hospitals earn $397,000 a year, and physicians working at outpatient clinics make $388,000 a year on average.

The lowest salaries are reported in office-based solo practices, where orthopedists earn an average income of $348,000 a year, and in the academic (nonhospital), research, military, and government sectors, where they make $319,000 a year on average.

The average annual salary for orthopedics specialists working in the United States, as reported by Healthcare-Salaries.com, is $442,450. 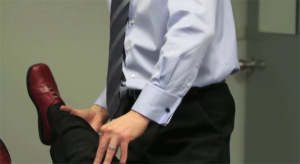 Gender is one of the factors that can affect an orthopedist’s salary. Men specialising in orthopedics earn an average annual salary of $418,000, while women make $354,000 a year on average, according to Medscape’s 2014 survey. Women, however, are generally more satisfied with their income than men. 62 percent of women and only 43 percent of men surveyed said that they were satisfied with their salary.

Orthopedists working in hospitals earn salaries in the range from $148,804 to $312,979 a year, while those employed by non-profit organisations make between $260,000 and $505,000 annually according to Healthcare-Salaries.com.

The average starting salary for foot and ankle orthopedists is $459,000 a year according to a 2011 survey by the specialist recruitment firm Orthopedic Recruiting Group.

Orthopedists specialising in hands reported a starting salary of $476,000 a year.

The average hourly rate for orthopedists based in the U.S. is $88 according to Payscale.

Orthopedics doctors’  salaries can vary significantly depending on geographical area. The best paid orthopedists are in the Northwest region, with an average annual pay of $468,000, followed by physicians working in the Great Lakes region, who earn $449,000 a year on average.

The lowest salaries are reported in the West, where orthopedists make $343,000 a year on average.