Family doctors employed in the United States typically earn salaries in the range from $101,756 to $211,716 a year including bonuses and contributions from profit sharing according to the salary information provided by Payscale.

The basic annual salary for family physicians is usually in the range between $99,168 and $199,128 and the yearly bonuses can amount to up to $27,181. Family doctors’ earnings from profit sharing range from none to $34,765 a year according to Payscale. The salary data provided by Jobstat indicates that the top annual salary recorded for family specialists is $202,227 and the lowest, $67,914 a year.

The Profiles agency reports a median salary of $207,900 for family medicine doctors who specialize in obstetrics.

The Bureau of Labor Statistics (BLS) reveals that men earn 17% more than women: male family doctors earn an average annual salary of $184,000, while women make $157,000 a year on average.

Family doctors’ annual pay can vary dramatically depending on location. Family physicians based in the North Central region earn the highest salaries — $186,000 a year on average – followed by those employed in the South Central region, who earn around $182,000 a year according to Medscape’s salary data. Family doctors working in the Great Lakes region earn $181,000 a year on average, and physicians based in the West and the Southeast earn around $180,000 a year.

The median annual wage for family doctors based in the North East is $170,000, and physicians working in the Southwest earn around $164,000 annually. The lowest salaries are in the Mid-Atlantic region, where the average salary for this profession is $163,000 a year, and in the Northwest, where family doctors earn a median annual pay of $162,000 according to Medscape.

The average annual salary for family physicians also varies depending on the work setting. Family doctors employed by hospitals have the highest salaries — $204,000 a year on average – followed by those working in multispecialty group practices, who earn around $191,000 a year.

Family specialists employed by healthcare organizations earn $183,000 a year on average, those working in single-specialty group practices make around $178,000 annually, and doctors working in solo practices are paid around $166,000 a year according to Medscape’s salary statistics.

Family doctors’ annual income also depends on their work situation. Doctors who are partners in their organization generally earn around $197,000 a year, and those who work as independent contractors make $173,000 a year on average. Physicians who are employees in their organization are paid around $172,000 annually, and professionals who own a solo practice earn $166,000 a year on average according to Medscape’s salary figures. 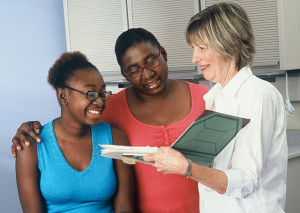 The average starting salary for family doctors with less than a year of professional experience is typically in the range from $75,411 to $178,115 a year according to the salary figures reported by Payscale.

Family physicians who are in the first year earn an average yearly salary of $138,000 according to the recruitment agency Profiles.

Doctors who specialize in obstetrics are paid a median starting salary of $142,000 a year.

Family doctors’ salaries depend on geographical location among other factors, and can vary significantly from state to state. Family physicians employed in Texas typically earn between $100,658 and $198,168 a year, those based in California are generally paid between $106,597 and $230,000 annually, and professionals working in Florida report an annual pay in the range from $101,189 to $234,404 according to Payscale’s salary figures.

Family doctors earn $74.95 per hour on average according to Jobstat’s salary data. The highest hourly wage recorded for this profession is $82.50 and the lowest, $67,41 per hour.

The hourly rate can vary significantly from state to state. Physicians employed in California are usually paid between $57.50 and $92.43 per hour, those based in Florida make between $71.22 and $103.59 per hour, and family doctors working in Texas generally earn between $81.39 and $118.99 per hour. Family physicians employed in Washington are paid between $75.95 and $100.11 per hour, and those based in Maryland typically make between $62.50 and $90.15 per hour according to the salary figures provided by Payscale.

Family doctors’ hourly pay can also vary from industry to industry. Physicians working in the health care sector are typically paid between $64.78 and $105.18 per hour, those working at physicians’ offices generally earn between $36.06 and $94.33 per hour, and doctors working at medical offices usually report an hourly wage in the range from $64.34 to $100.67. Family specialists employed at health clinics are paid between $72.58 and $91.23, and those working at urgent care clinics generally earn between $72.41 and $86.67 per hour according to Payscale.

Family physicians typically get a variety of perks and benefits along with their annual salary and bonuses, and their benefits packages can sometimes reflect their yearly income. Family doctors who have 401(k) plans generally earn salaries in the range from $104,004 to $202,833 a year, those who have malpractice and liability insurance are typically paid between $114,403 and $194,402 annually, and physicians who get paid vacations and holidays make between $115,509 and $194,205 a year according to Payscale’s salary data.

Family doctors who get life and disability insurance as part of their benefits package are generally paid between $106,456 and $198,196 a year, and those who have paid sick leave typically report an annual pay in the range from $118,359 to $194,873. Doctors who get 403(b) plans are paid between $113,006 and $189,420 annually, and professionals who get reimbursement for professionals training, education, tuition, or certification typically earn between $119,745 and $198,428 a year according to Payscale.

Employer type is another factor that can significantly affect a family physician’s annual pay. Doctors employed at hospitals report earning between $96,558 and $195,168 annually, those employed by private practices and firms are usually paid between $100,768 and $203,318 a year, and physicians working for non-profit organizations generally report an annual income in the range from $107,329 to $183,733. Family doctors employed by companies earn between $101,864 and $212,393 a year, those employed by the federal government are paid between $109,293 and $182,968 annually, and physicians working for the state and local government earn salaries in the range from $51,719 to $190,628 a year. Physicians who are self-employed report earning an annual pay in the range between $95,618 and $234,220, and those who work as contractors generally make between $100,000 and $190,000 annually. Doctors employed by universities and colleges are typically paid between $50,684 and $169,064 a year, and those employed by trusts and foundations report salaries in the range from $129,708 to $184,210 a year according to the salary information provided by Payscale.

Hospital setting is another factor that can determine a family physician’s annual salary. Doctors working at physicians’ offices and private practices generally make between $107,941 and $202,270 a year, those working in ambulatory care and surgery centers are usually paid between $115,205 and $192,103 annually, and physicians working at general hospitals report earning an annual income in the range from $50,252 to $196,282. Family doctors working in community and home health make between $100,520 and $184,763 annually, those employed by the military are paid between $87,262 and $188,673 a year, and physicians employed by schools typically make between $132,656 and $160,744 a year according to Payscale’s salary data.