The average annual income for psychiatrists employed in the United States is $198,484 according to Salary.com, $186,000 according to Medscape’s 2013 Psychiatrist Compensation Report, and $179,565 according to Payscale’s salary statistics. The Bureau of Labor Statistics (BLS) reports a slightly lower median salary for the profession, at $177,520 a year.

The salary data from the 2013 Psychiatrist Compensation Report reveals that men earn significantly more than women: the median yearly salary for men is $198,000, and for women it is $165,000.

Work situation is another major factor that determines a psychiatrist’s salary. Independent contractors earn $195,000 a year on average, owners of solo practices and employees are paid $184,000 a year, and psychiatrists who are partners in their organizations have an average yearly salary of $213,000 a year. 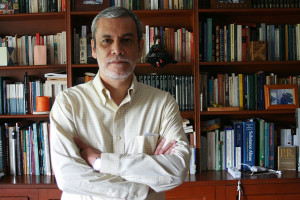 Medscape’s salary report also shows that the average pay for psychiatrists varies significantly from region to region. The highest salaries are in the Great Lakes region ($247,000 on average), followed by the North Central region ($201,000) and the West ($198,000). Psychiatrists in the Mid-Atlantic region earn $186,000 a year on average, those based in the Southeast make $185,000 a year, and professionals working in the Northwest and Southwest are paid around $184,000 annually. The lowest salaries for the profession are in the Northeast and South Central regions, where psychiatrists earn an average annual salary of $181,000.

The Bureau of Labor Statistics (BLS) reports that psychiatrists working at outpatient care centers have the highest median annual salary, at $198,290, followed by those employed at psychiatric and substance abuse hospitals, who earn $177,670 a year on average, and professionals who work at physicians’ offices, who make around $176,930 a year. Psychiatrists working at general medical and surgical hospitals have a median yearly salary of $164,830, and those employed by colleges, universities, and professional schools are paid $144,440 annually on average.

The starting salary for psychiatrists with less than a year of professional experience typically ranges from $45,113 to $217,940 a year according to salary information provided by Payscale.

The Bureau of Labor Statistics (BLS) reports a median hourly wage of $85.35 for this occupation.

Psychiatrists working at physicians’ offices earn around $85.06 per hour, those employed by psychiatric and substance abuse hospitals make $85.42 per hour, and professionals working at outpatient care centers have an average hourly rate of $95.33. Psychiatrists employed at general medical and surgical hospitals earn around $79.24 per hour, and those employed by universities, colleges, and professional schools are paid $69.44 per hour on average according to the BLS.

The most popular benefits among psychiatrists are 401(k) plans, paid holidays and vacations, paid sick leave, life and disability insurance, and 403(b) plans.

Hospital setting is yet another factor that can affect a psychiatrist’s annual income. Psychiatrists employed at general hospitals typically earn between $78,385 and $229,937 a year, those working at physicians’ offices or private practices have salaries in the range from $78,906 to $234,567 a year, and those working in community or home health are paid between $96,958 and $215,871 a year. Psychiatrists employed by the military earn between $61,277 and $241,940 annually, and those working in ambulatory care or surgery centers report annual salaries in the range from $165,637 to $211,508 according to the salary information provided by Payscale.

Salaries also vary depending on industry. Professionals working at psychiatrists’ offices generally make between $91,231 and $232,665 a year, those employed at psychiatric hospitals earn between $97,444 and $354,786 a year, and psychiatrists working at community mental health centers typically have salaries in the range from $49,460 to $200,870 a year. The general salary range for psychiatrists working in the healthcare industry goes from $98,032 to $224,412 a year, and professionals working in medical offices report earning between $60,820 and $198,744 a year according to Payscale.