Physiatrists working in the United States typically earn salaries in the range from $109,262 to $381,989 a year including bonuses according to the salary information provided by Payscale.

The basic annual salary for physical medicine specialists is generally in the range from $100,671 to $318,082, and the yearly bonuses can amount to up to $51,064 according to Payscale’s data.

The 10% of physiatrists on the lower end of the pay scale report earning salaries of up to $167,000 a year based on the salary figures provided by HealthcareWorkerSalary.com.

Based on the salary information reported by ValueMD.com, physiatrists’ annual pay can go as high as $313,000 once they have gained considerable experience in the field.

Including bonus earnings, the median salary for physiatrists rises to $214,334 according to the salary data provided by Salary.com, with 10% of physiatrists reporting an annual income of $257,284 or more, and the 10% on the lower end of the pay scale earning $171,179 a year or less.

Physical medicine specialists typically earn salaries in the range from $144,000 to $216,000 annually based on the salary data reported by Recruiter.com.

Physiatrists’ yearly income depends on a variety of factors, including work experience.

Physiatrists working for companies or organizations that employ between 10 and 49 people generally report earning an annual pay in the range from $152,283 to $280,284 according to Payscale.

Professionals with a certification from the American Board of Physical Medicine and Rehabilitation typically make between $152,605 and $250,000 annually. Physiatrists who specialize in pain management generally earn salaries in the range from $51,064 to $318,082 a year. Physiatrists with the degree of Doctor of Medicine (MD) are typically paid between $102,129 and $411,060 annually according to Payscale.

The website ValueMD.com reports a median starting salary of $169,000 a year for these professionals.

The top paying states for physical medicine doctors, as reported by Recruiter.com, are Minnesota, where the average annual pay for this occupation is $218,180, followed by Indiana, where physiatrists earn around $212,200 a year, and Georgia, where these professionals are paid $209,380 a year on average. 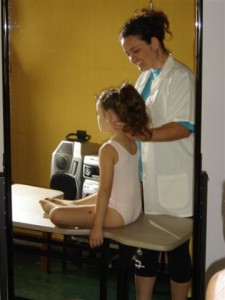 Physiatrists employed in New Hampshire earn around $206,680 a year, those based in Nevada make $205,410 annually on average, professionals working in Alabama are paid around $202,950 a year, and those working in South Dakota earn a median annual pay of $201,140 according to Recruiter.com.

Physiatrists working in Tennessee generally make between $150,000 and $300,250 a year, those employed in Pennsylvania are usually paid an annual income in the range from $175,000 to $280,000, and professionals working in North Carolina earn salaries in the range between $165,000 and $240,125 a year according to Payscale’s salary statistics.

The median hourly wage for physiatrists employed in the U.S. is $99 per according to the salary figures reported by HealthcareWorkerSalary.com. The 10% of the best paid physiatrists earn $123 per hour or more, and the 10% on the lower end of the scale make $80 per hour or less.

The average hourly pay for this profession, as reported by Jobstat, is $90. The highest hourly rate recorded for physiatrists is $154.73 and the lowest, $49.16.

The value of physiatrists’ benefits packages typically exceeds $66,000 a year based on the salary statistics reported by Salary.com. The benefits usually include time off, pension plans, 401(k) or 403(b) plans, social security, healthcare, and disability insurance.

Physiatrists’ benefits packages can sometimes reflect their annual earnings. Professionals who have malpractice and liability insurance typically earn salaries in the range from $102,129 to $318,082 a year, and those who have life and disability insurance as part of their benefits package generally report an annual pay in the range from $100,671 to $297,988 according to the salary data provided by Payscale.

Physiatrists who have 403(b) plans included on their list of benefits generally report earning an annual income in the range from $169,853 to $243,063, and professionals who get reimbursement for professional training, education, tuition, or certification are typically paid between $157,143 and $275,000 a year according to Payscale’s data.

Physiatrists’ yearly income can vary considerably from industry to industry. For instance, physical medicine doctors working in the health care sector generally report earning salaries in the range from $100,671 to $347,653 a year, and those working at hospitals are typically paid between $170,119 and $221,277 annually. Physiatrists working at physicians’ offices make between $102,129 and $297,161 a year, and those working in the rehabilitation sector are generally paid a yearly income in the range from $148,738 to $294,791 according to Payscale.

In terms of employer type, physiatrists employed at hospitals generally earn between $52,072 and $356,078 a year, those employed by private practices and firms are typically paid between $117,916 and $325,000 annually, and professionals employed by companies report earning an annual income in the range from $154,839 to $300,000 according to Payscale.