Embryologists employed in the United States typically report earning salaries in the range from $35,262 and $93,478 a year including bonuses according to the salary information provided by Payscale. The basic annual salary for embryology specialists is generally in the range from $35,586 to $91,916, and the yearly bonuses for these professionals can amount to up to $5,135 according to Payscale’s salary data.

Embryologists’ average yearly salaries are determined by a wide range of factors, from location, type of employer, and industry to area of specialty and years of professional experience in the field.

Embryologist salaries vary depending on a number of factors, including work experience. Embryology specialists with 1 to 4 years of experience generally earn an annual pay in the range from $36,766 to $69,531, those with 5 to 9 years of work experience are typically paid between $39,732 and $100,222 annually, and professionals with 10 to 19 years of experience under their belt usually report earning an annual income in the range from $56,376 to $99,329 according to the salary figures reported by Payscale.

Based on the salary data reported by Jobs-Salary.com, embryologists generally earn salaries in the range from $24,364 to $110,000 a year.

Embryology specialists’ salaries can vary significantly from industry to industry. Professionals working in the health care sector generally report earning an income in the range from $24,511 to $88,706 a year, and those employed at fertility clinics are typically paid between $50,000 and $66,666 a year according to Payscale’s salary data.

Salaries typically do not vary much depending on academic qualifications. Embryologists with a bachelor’s degree generally report earning an annual pay in the range from $34,888 to $87,009, and those with a Bachelor of Science in Biology are typically paid a yearly income in the range from $35,324 to $88,720 according to Payscale. 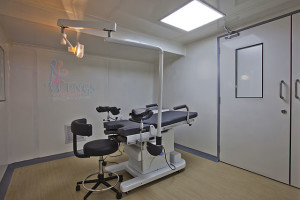 The average starting salary for embryologists in their first year on the job is typically in the range from $27,000 to $43,000 a year according to Payscale’s salary data. These professionals earn $1,000 a year on average in bonuses.

Embryologists’ annual salaries depend on geographical location and can vary considerably from state to state. For example, embryology specialists employed in California generally earn an income in the range from $30,410 to $126,644 a year, those based in Massachusetts are typically paid between $67,136 and $70,927 annually, and professionals working in Texas make between $48,800 and $82,500 a year based on the salary data reported by Payscale.

Embryologists with 1 to 4 years of work experience typically earn between $16.53 and $18.87 per hour. Professionals employed by private practices and firms generally earn an hourly pay in the range from $17.16 to $29.99 according to Payscale’s salary data.

Embryology specialists who have 401(k) plans included in their benefits package usually report earning between $17 and $31.41 per hour.

The median hourly rate for embryologists, as reported by Jobstat, is $25.87 per hour. The highest hourly salary recorded for this profession is $43.64 and the lowest, $17.38 per hour.

Along with the basic annual salary and yearly bonuses, embryology specialists also typically get a wide range of benefits and perks, and these can sometimes reflect their annual income.

The most popular perks and benefits among embryologists are 401(k) plans, paid vacations and holidays, paid sick leave, life and disability insurance, reimbursement for education, training, tuition, and certification, 403(b) plans, and flexible work schedule.

Embryologists’ salaries can also vary depending on the type of employer. Professionals employed by private practices and firms generally report earning an annual pay in the range from $30,201 to $92,738, those working for companies typically make between $34,724 and $97,871 annually, and embryologists working at hospitals are paid between $39,548 and $83,097 a year according to the salary data reported by Payscale.

The annual bonuses for these professionals also depend on a variety of factors, including geographical location. For example, embryologists employed in Texas report getting $2,950 a year on average, and those based in New York are paid around $150 a year in bonus money. Professionals working in Maryland earn around $2,500 annually, and those employed in Massachusetts and New Jersey report getting about $100 a year in bonuses.