Medscape surveyed more than 19,500 doctors across 25 specialties for its 2015 Physician Compensation Report. The physicians reported their yearly earnings, including salaries and bonus and profit-sharing contributions.

Physicians who feel most underpaid are ophthalmologists, with only 40% saying that they feel fairly compensated, followed by general surgeons, allergists and immunologists (41%), orthopedists, nephrologists, endocrinologists and diabetes specialists (42%). Physicians who are the most satisfied with their compensation are dermatologists (61%), ER doctors and pathologists (60%), psychiatrists and mental health specialists (56%), anesthesiologists and radiologists (53%), and pediatricians (50%). 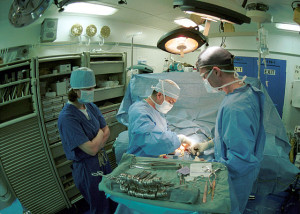 Physicians most likely to choose the same specialty if they could do it all over again are dermatologists (73%), orthopedists (67%), cardiologists (59%), plastic surgeons (56%), ophthalmologists (56%), and gastroenterologists (55%). The ones least likely to do so are internal medicine physicians (25%), family medicine doctors (32%), nephrologists (37%), ob/gyns and women’s health specialists (40%), and pulmonologists (41%).

In terms of gender, men earned more than women. Women who were self-employed earned an average annual salary of $259,000, while self-employed men made $324,000 a year on average. Employed women made $203,000 a year on average, while men earned an average annual pay of $249,000. 24% of female physicians surveyed said that they worked part-time, compared with 13% of the male physicians.

Compared to salaries in 2014, specialists who experienced the largest increase in income were HIV/ID doctors (22%), followed by pulmonologists (15%), emergency medicine doctors and pathologists (12%), and family doctors, plastic surgeons, dermatologists, psychiatrists and mental health specialists (10%). The largest decrease in compensation was reported by rheumatologists (4%) and urologists (1%). These were the only specialties that saw a decrease in income this year.