Doctor salaries vary depending on a wide range of factors, from area of specialty and years of professional experience to employer type, industry, and geographical location.

The 2013 Physician Compensation Report released by Medscape reveals that medical doctors’ salaries are still generally on the rise, with a third of the specialties included in the survey earning more than $300,000 a year.

The best paid specialties are orthopedics, cardiology, and radiology, while those with the lowest income are HIV/ID, pediatrics, and family medicine.

The same report shows that most specialties in the medical field have seen a significant increase in annual income in the last year. The highest yearly salary increases were reported by orthopedists (27%), nephrologists (20%), and neurologists (18%). Doctors specializing in cardiology, critical care, and gastroenterology had a 12% salary increase, while emergency medicine doctors, HIV/ID specialists, pathologists, and pulmonary doctors reported an income increase of 12%.

In terms of satisfaction, specialties that ranked highest were dermatology, with 64% of the doctors saying that they were satisfied with their compensation, followed by psychiatry (56%), emergency medicine (54%), HIV/ID (53%), and pathology (53%). 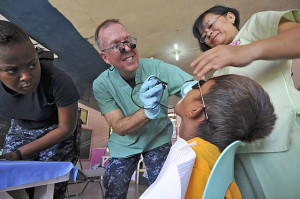 Work setting is another significant factor in determining a doctor’s salary. Professionals employed in an academic setting earn $187,000 a year on average, those working for healthcare organizations make around $247,000 a year, and doctors working in a solo practice earn around $211,000 a year. The average yearly salary for multispecialty group practices and hospitals is $260,000, while doctors in single-specialty hospitals are paid $265,000 annually on average. Doctors working in outpatient clinics have a median yearly salary of $185,000.

Doctors’ average salaries vary significantly from region to region. Professionals employed in the North East earn $228,000 a year on average, those based in the Mid-Atlantic region make $232,000 a year, doctors in the Great Lakes region earn around $248,000 a year, and those working in the Southeast are paid around $247,000 annually.

Specialty is a major factor in determining a doctor’s salary, and different types of doctors report very different annual salaries. The median yearly salary for a Doctor of Medicine (MD) is $177,176 a year. A professional with the title of Doctor of Medicine (MD), Internal Medicine earns an average salary of $156,584 a year, while a Doctor of Medicine (MD), Family Medicine will earn around $161,676 a year. A doctor who specializes in neurology earns $195,183 a year on average, while a radiology MD makes $225,000 a year. Pediatrics doctors generally earn around $158,422 a year, cardiologists are paid $110,000 annually on average, while doctors who are on an Obstetrics & Gynecology Residency Program (OB/GYN) have an average annual salary of $200,000.

On the lower end of the scale, neurologists earn an average income of $217,000 a year, rheumatologists and psychiatrists make $186,000 a year on average, internal medicine specialists earn around $185,000 a year, and endocrinologists and diabetes doctors earn an average yearly pay of $178,000. The lowest annual income is reported by family medicine doctors ($175,000 a year), pediatricians ($173,000), and HIV/ID doctors ($170,000) according to Medscape’s report.

The starting salary for general practice doctors is typically in the range from $30,913 to $223,003 a year according to Payscale. Other starting salaries for doctors in their first year will depend on the doctor’s area of specialty.

General practice physicians typically earn between $54,292 and $218,549 a year on average according to Payscale’s salary data, which includes yearly bonuses and profit sharing. These professionals typically earn bonuses in the amount of up to $25,436 a year, and their earnings from profit sharing can go up to $48,936 a year.